Henrik Wiersholm, a rising fourth year UVA tennis player, helped lead the Cavaliers to a third consecutive NCAA team title and the fourth in the last five years. “He’s a really intelligent young man that exudes a tremendous amount of composure in the biggest moments,” says former UVA head coach Brian Boland. Henrik is a full-court player. “He’s one of those players that has a lot going for him mentally, as well as the versatility to make adjustments,” Boland said. During the 2016-17 regular season, Wiersholm had a 19-0 singles record and was named to the All-ACC Third Team.

Wiersholm was born in San Francisco and moved when he was young with his family to Kirkland, Washington. In high school, Wiersholm spent his years at the USTA Training Center in Boca Raton, Florida, with a few UVA teammates Luca Corinteli and Thai-Son Kwiatkowski.

One of Wiersholm’s coaches in the USTA program was Andres Pedroso, who was named UVA’s new head coach at the end of the 2016-17 season. “I knew Andres well,” Wiersholm recalled, “and he reached out to me and started recruiting me, and consequently Coach Boland started recruiting me. “I went on an official here. I called my mom and I said, `Mom, it’s a done deal. I’m going to UVA. There’s no chance I can see myself anywhere else.'” 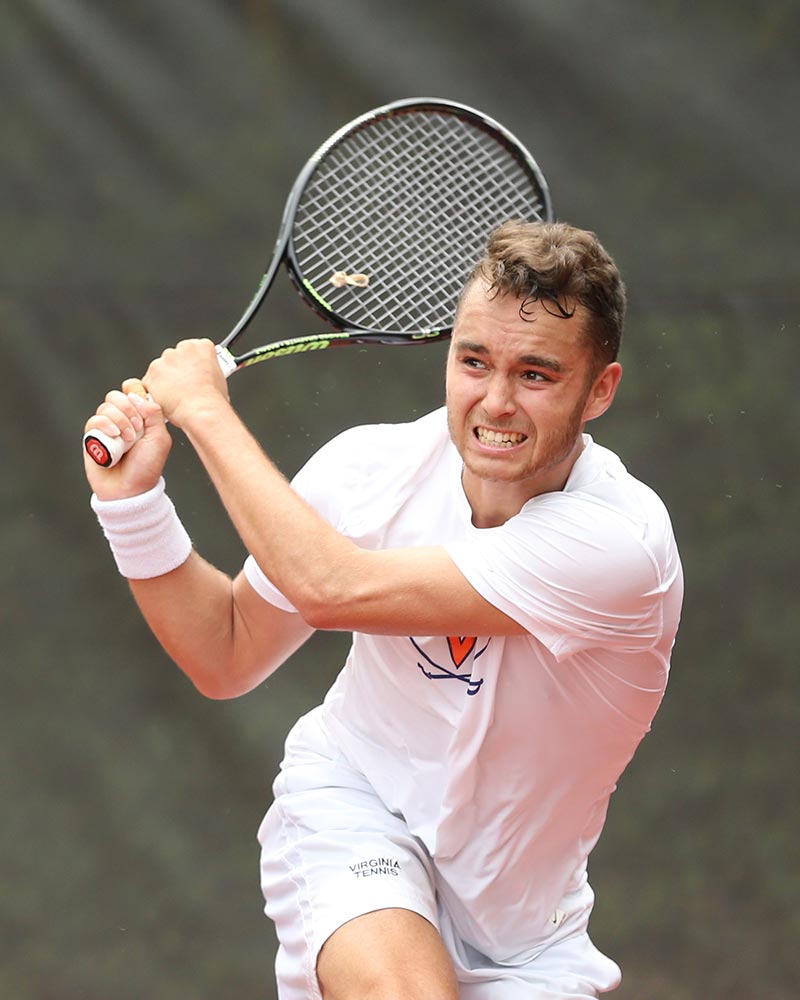 His UVA experience has been rewarding. He is in the prestigious McIntire School of Commerce, where he’s concentrating on marketing and management. “The combination of academics and athletics and then the community here, in my opinion it’s unparalleled,” Wiersholm said. “You’re on a team where everybody takes academics seriously, where the coaching staff respects and makes academics a priority within the program. And the players realize what an incredible opportunity it is to get one of the best degrees in the world, and they become competitive with it, just like anything else, and they want to make sure that they learn so they can maximize their impact well beyond their time at the University of Virginia.”

On the court, Wiersholm had to be patient. “I didn’t play my first year. I was our seventh man, in case someone got injured.” Wiersholm said. His first year at UVA, Wiersholm said, was about “learning humility, learning how to put the ego aside, learning to play for others, and just refocusing on different aspects [such as]: Why do I play? Who am I as an individual? I learned so much about myself.”

Wiersholm, of course, was not the first heralded recruit to have to wait his turn at UVA. “This program is not about any one coach or one person. It’s way bigger than that, and when you’re around people day in and day out that exude a winning attitude and a positive energy, you want to be part of something like that,” Boland said. 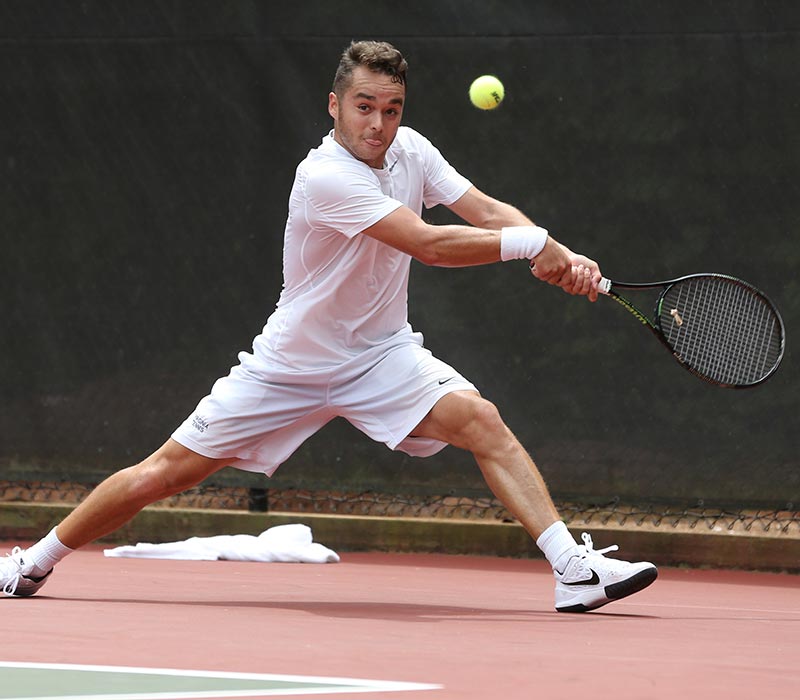 Wiersholm plans to work in business one day. However, upon graduating from UVA in 2018, Wiersholm intends to pursue a professional career in tennis. “I have only one opportunity to really go after [a tennis career] and pursue a dream that I’ve had since I was young. So I’m going to do that, and we’ll see what happens afterward, but to have done McIntire will set a really nice base for whatever comes after tennis.”

Wiersholm is the 2017-2018 recipient of The Harold M. Burrows, Jr. Endowed Tennis Scholarship. In expressing his appreciation, he said, “I would like to personally thank VAF donors for their support of Virginia Athletics. Your help has made it possible for me to play the sport I love at the best university in the nation. Your help is truly invaluable.”

Donor contributions to the VAF Annual Fund support student-athletes such as Henrik in many ways including scholarships, the Athletics Academic Affairs program and sport-specific operational budgets.