Robin Afamefuna, hailing from Würselen, Germany, had traveled to the United States only once as a little boy, and knew little about NCAA soccer and UVA in particular, before embarking on his athletic career at the University. Now a second-year, Robin has developed academically and athletically. 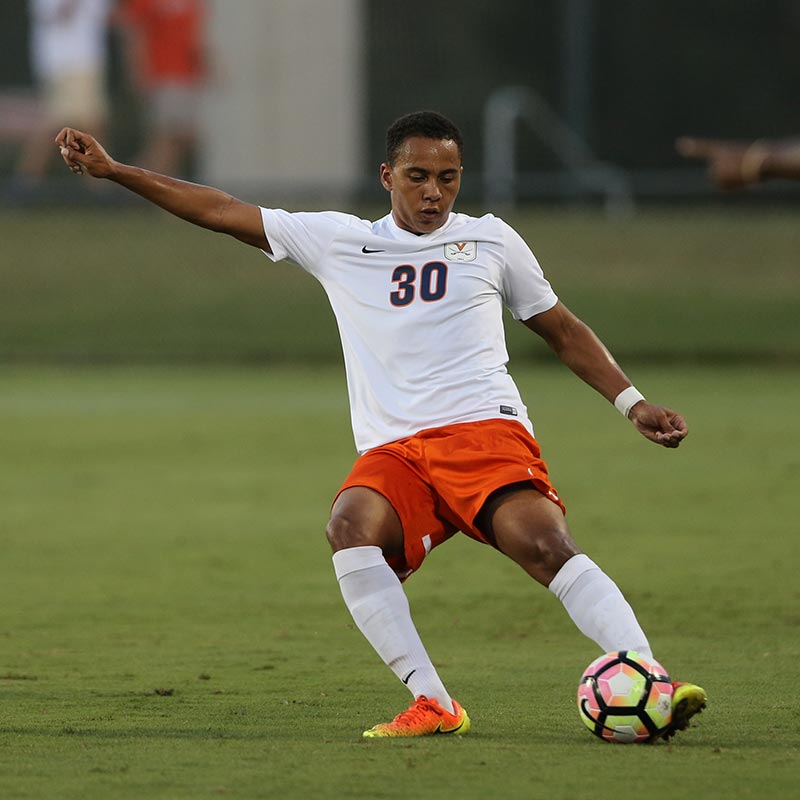 Robin opted to take a gap year after completing high school to participate on a German club team. He recalled, “At the beginning I had a very tough time there and didn’t make the roster very often. But still I kept working. Of course, it’s highly competitive. Every practice you’re playing with under-19, under-18 national players, and future pros who make it big playing Champions League.” But unfortunately, Robin experienced a torn meniscus in his right knee that required surgery, which sidelined him until March 2016. Because the opportunities in Germany for a player who has been injured for six months are very limited, Robin chose to wait to try to gain a professional contract.

Virginia Men’s Soccer associate head coach, Terry Boss, saw a video of Robin, and began recruiting him to come to Charlottesville. Because Robin was still living in Germany, Boss had to build a relationship with him over the phone. Boss sent him links, videos and articles to sell the program. Boss recalled that he thought the history of the program and the academic excellence UVA had to offer was most appealing to him. He said before making the move to Charlottesville his mother told him that, “Even if the soccer part does not work out, this is always going to be an experience you will never lose.” Robin now sees for himself what his mother had instilled in him, and reflects on how being part of the University and a different culture is very helpful for individual development. 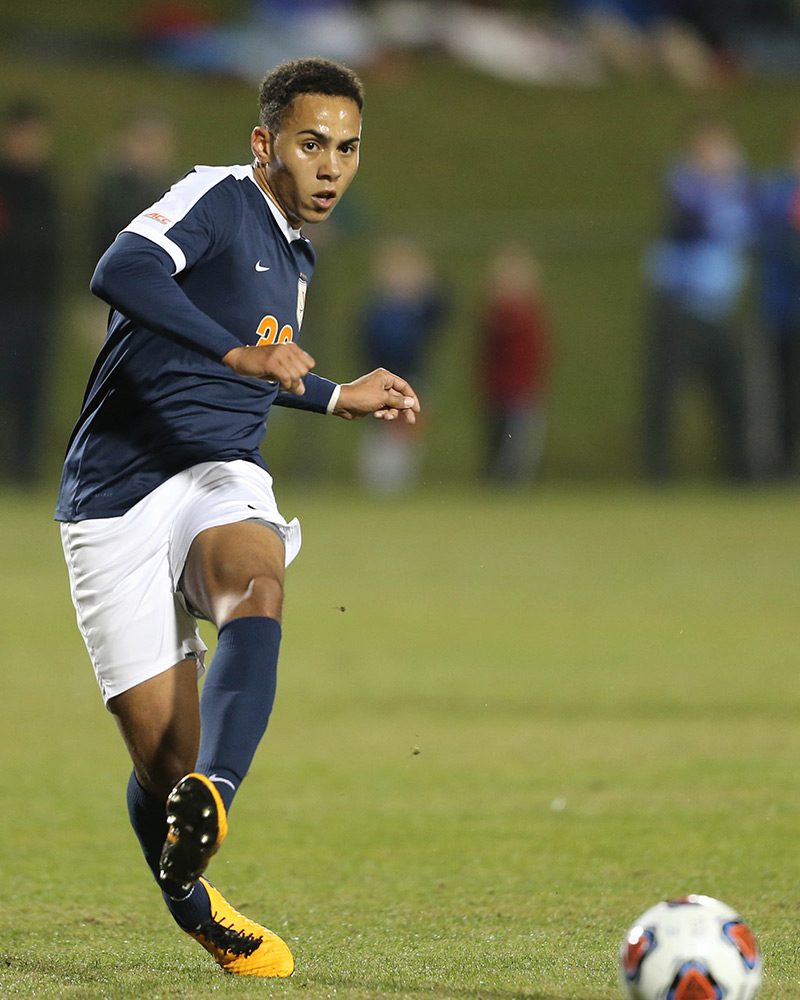 Robin is certainly committed to improving both in the classroom and on the field. In his first semester at UVA, Robin earned a 3.6 grade-point average. Boss called Robin one of the team’s best students. On the field, Robin and his coaches changed his position in the spring, moving him up from left center back to start as left wing back as a midfielder. This was another adjustment for Robin, who had never been a big goal-scorer in his previous position. But, the coaches believe that Robin’s instincts and strengths in technique and tactics will have him as a scoring threat this fall. “I set myself a goal to get at least six or seven assists and score two or three goals,” Robin said. “And I think I’ll be able to do reach my goals.”

Robin said about his future on the team, “I see myself as a captain. I want to take responsibility for the team. I’ve had many experiences from playing soccer in Germany, and I want to help the team with that part.”

Donor contributions to the VAF Annual Fund support student-athletes such as Robin in many ways including scholarships, the Athletics Academic Affairs program and sport-specific operational budgets.