Patrick Foss (friends know him as Pat or Paddy) is extremely active in the Charlottesville community. He’s taken time to coach soccer with Athletes in Action, mentor students at a local elementary school through Athletes for Hope, visit sick children at the UVA Children’s Hospital and work on projects through the City of Promise organization in Charlottesville. He served as President of the UVA Student-Athlete Advisory Committee during the 2015-2016 school year. He also had time to win a National Championship!

The 2014 Men’s Soccer National Championship was held in Cary, North Carolina in front of over 8,000 fans. UCLA and Virginia failed to score any goals in the first 110 minutes of the game so it came down to a penalty-kick shootout. Foss was chosen to be one of the five players who would kick for the 2014 National Championship. Pat ended up scoring his penalty kick, which led the Cavaliers in defeating the Bruins 4-2. Foss said, “Winning the 2014 National Championship was one of my most memorable moments at UVA so far. It is not often that you can cry on national television and not be ashamed of it.” 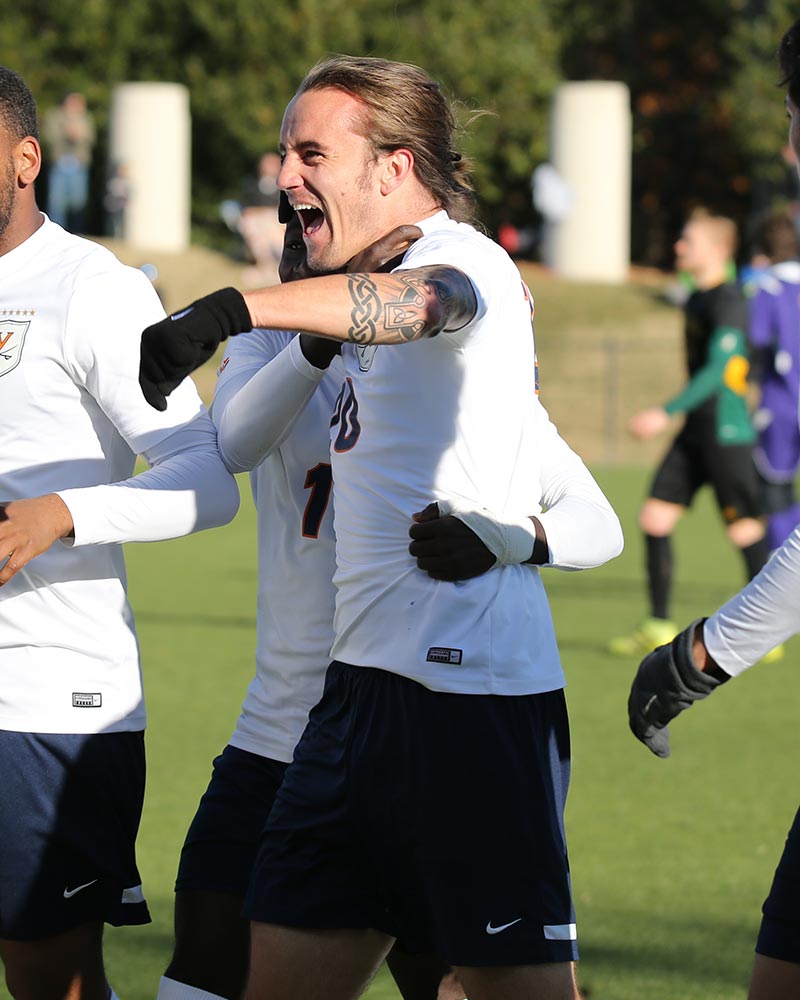 When asked about what he would say to the individuals who make his scholarship possible and allow him to play soccer at the highest collegiate level at one of the most prestigious universities, Pat said, “Their donation has had a lasting effect on my life in so much more than sports. Being one of nine children as well as a UVA legacy, their donation has made it possible for me to be a part of a community so much bigger than sports and for that I am extremely grateful.”

Foss finished the 2015 season leading the team in assists. He was named ACC Defensive Player of the Week following his Portland and Louisville performances. The 2016 season is underway and he’s looking forward to a return trip to the College Cup. 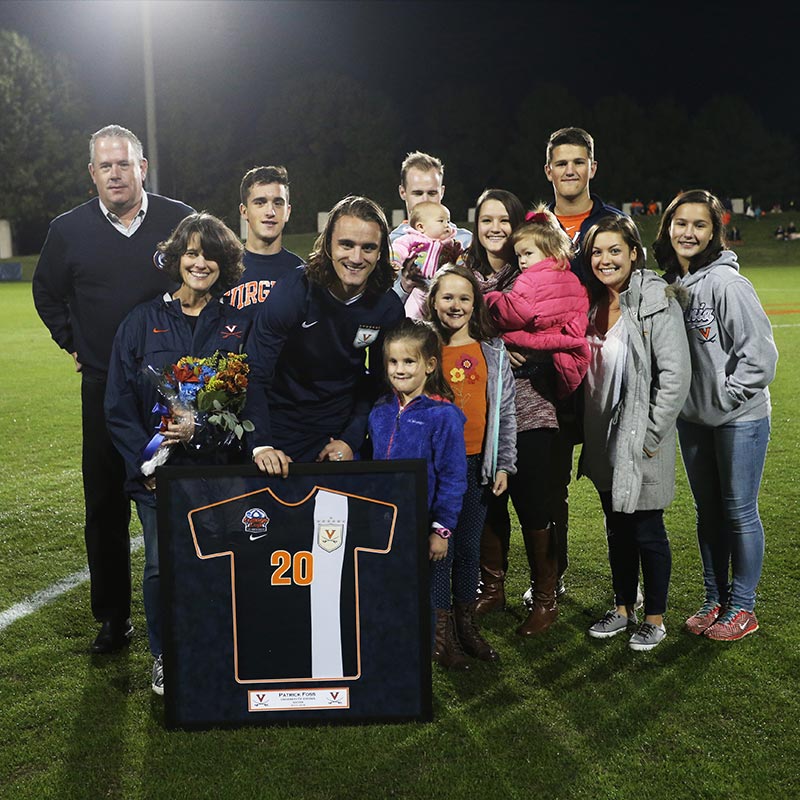 Paddy has big plans for the future after graduation from UVA with a Government major as well as a minor in Religious Studies. He would love to play soccer professionally or enter the political field.

Donor contributions to the VAF Annual Fund support student-athletes such as Paddy in many ways including scholarships, the Athletics Academic Affairs program and sport-specific operational budgets.