I had the opportunity to study abroad in Valencia, Spain for one month. As a collegiate athlete, I never thought I would have the chance to study in another country, but the UVA Valencia program introduced a unique opportunity that allowed me to combine my academic and athletic ambitions.

In the classroom, I had the opportunity to learn from great professors with perspectives and insights that would be difficult to find anywhere else. The classes that were offered through this program not only advanced our knowledge of the Spanish language and culture, but also pushed us to recognize the numerous cultural differences between Spain and the United States. While many are aware that cultures around the world differ from each other, actually experiencing the differences really ingrained their significance in everyday life, as well as in the sports world. 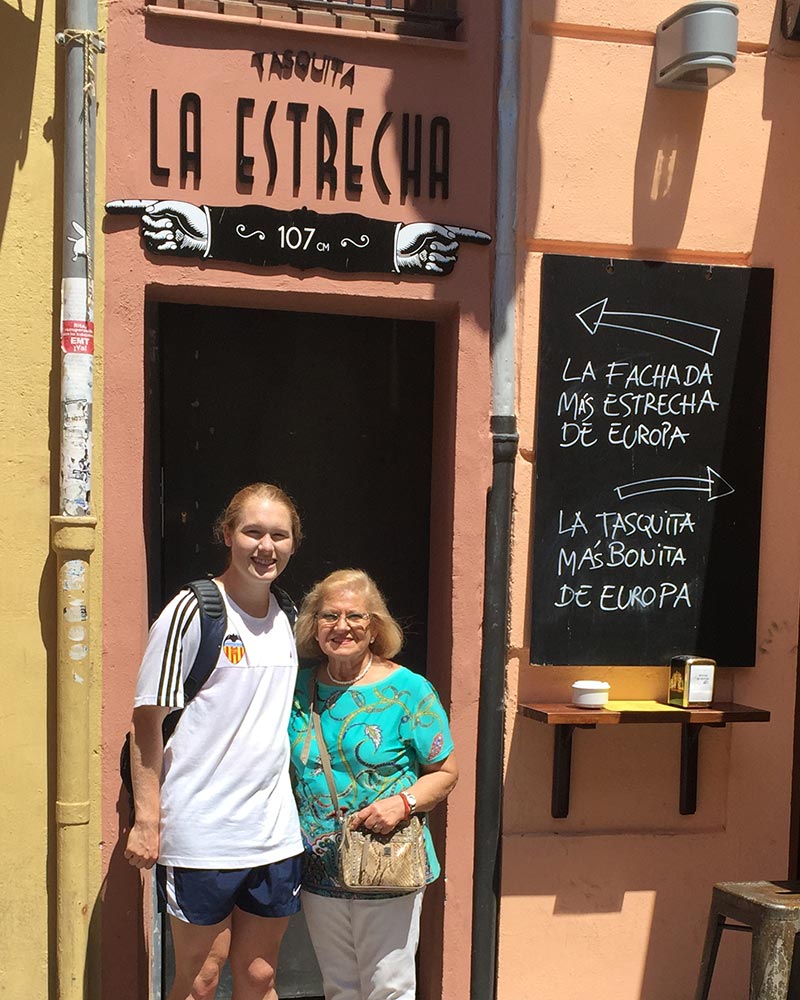 The athletic experience in Spain was eye opening and life changing. The program not only granted us access to a top-quality gym to keep up with our summer practices, but Megan (my UVA teammate) and I had the opportunity to train and play with a local women’s club team (F.C. Torrent). I was very nervous heading into our first practice, having no idea what to expect. Initially, it was a very challenging experience. Neither the coach nor the players (except for a few) really knew any English and the style of play was much different than we were used to; however, at the end of a few weeks, not only did we develop an understanding with the team, but we became really good friends.

I learned so much about not just the athletic culture through my time with the team, but about Spanish culture overall. I gained so much from spending time with the F.C. Torrent team. They would answer all of my questions, ranging from topics of the difficulty of being a female athlete in the male-dominated industry of European soccer to questions about local slang. I loved my experience with this group so much that when there was an opportunity to play an additional tournament with them the week after my time in Valencia was supposed to end, I ended up staying for another week to compete. This tournament was nothing like I expected. There were teams from many different Spanish regions hailing from major clubs (like Athletico Madrid) and major figures of Spanish soccer were there (i.e. Vicente del Bosque and Carles Rexach, among others) to watch the games and support the women’s teams. Despite losing in the semifinal, my time playing soccer in a foreign country was something I’ll never forget.

Overall, the combination of academics and athletics in Spain provided by the University of Virginia added an entirely new dimension to my college experience. I will carry this adventure with me for a long time to come.

Donor contributions to the VAF Annual Fund support student-athletes such as Olivia in many ways including scholarships, the Athletics Academic Affairs program and sport-specific operational budgets.