Before Micah Kiser ever saw meaningful playing time for the Virginia Football team, he had to endure the process of a redshirt year. He hadn’t hoped or planned for this, but it is something he is very thankful for today. Being a player who garnered the attention of prestigious Division I programs throughout the nation, Micah hoped to make an immediate impact at his school of choice, but once his coaches made the decision that he would redshirt along with nine other freshman, he showed no signs of disappointment. He vowed to make the most of the year. He dedicated his spare time to extra film sessions to master the art of preparation, and meticulously watched former captain and second-team All-ACC linebacker Henry Coley to learn how to excel at this new level of play. According to Micah, all of this sacrifice and dedication can be summed up into three words, “Trust the process.” 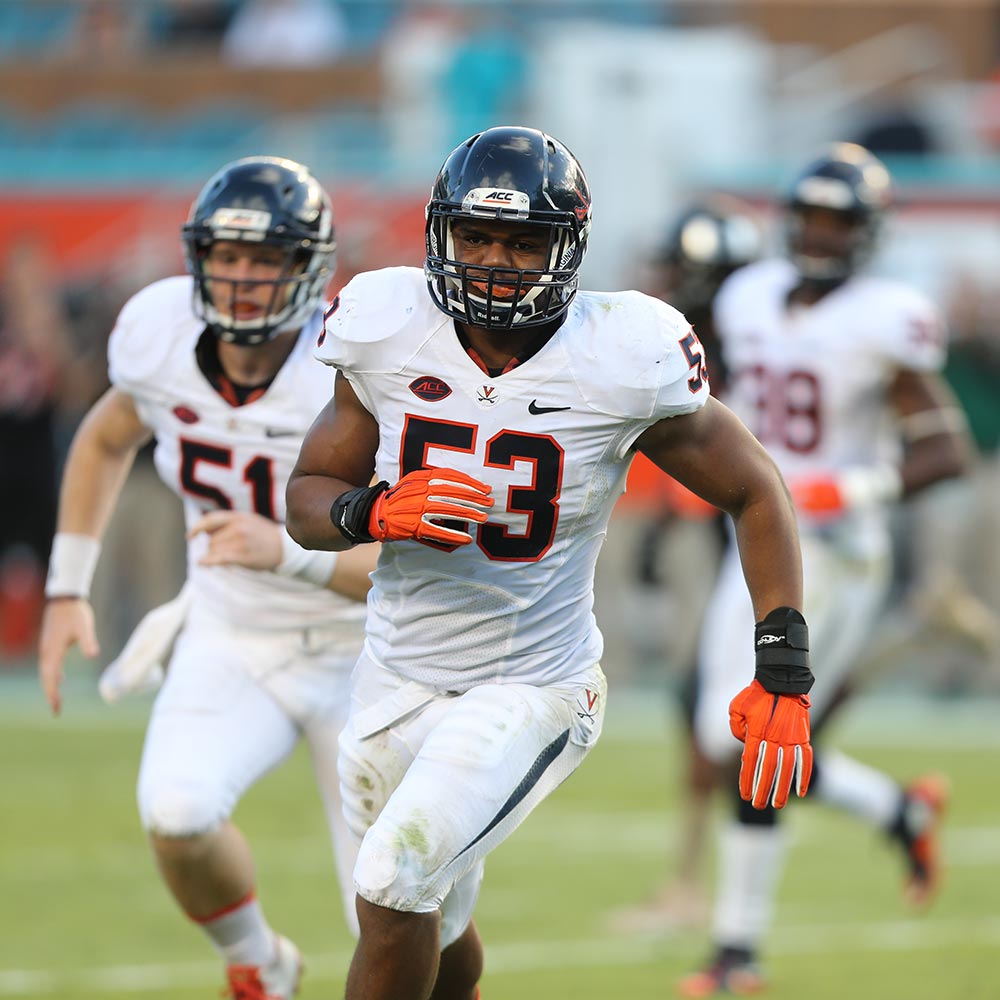 This trusting of the process seems to have paid off because he has been named first-team All-ACC twice (2015, 2016), a second-team All-American (2016), and a CoSIDA second-team Academic All-American (2016). These accolades are a testament to his work ethic and competitive nature. Micah says, “I have been driven my entire life, whether it was in the classroom, on the field, or in anything. I used to cry after losing little league games or be frustrated if I got a bad grade.” Clearly from these remarks his competitive nature stretches far beyond the football field.

Micah, a Foreign Affairs major, hails from Baltimore, MD where he attended the reputable Gilman School. When asked about his experience there, he said, “Gilman did an exceptional job preparing me for college and life in general. They throw a lot at you, they believe in developing mind, body and spirit. Sports are a part of the curriculum there so everyone is enduring many of the same struggles, it’s like a high school level UVA.” While he was at Gilman, Micah was a three-sport student-athlete, playing lacrosse, basketball, and football. Everyone knows he’s a great football player, but not many are aware of the fact that he had opportunities to play lacrosse on the collegiate level as well. 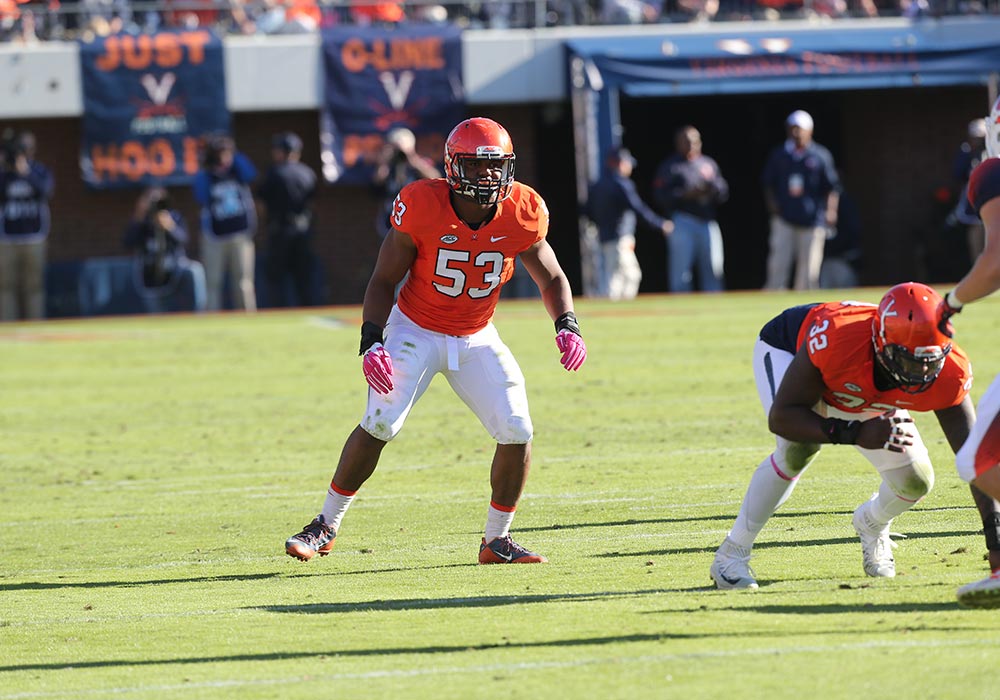 While Micah attended Gilman, his parents helped place his younger brother Jordan in the Baltimore School for the Arts so that he could thrive artistically as Micah did athletically. This is when Micah really gained a full understanding of the sacrifices his parents were making for him and his brother. He made it clear that he is internally driven and not fazed by outside sources, and that these sacrifices that his parents have made to place him and his brother in positions to be successful drive him – he wants to make them proud.

When asked about his plans for the future, Micah responded, “In the perfect near future I want to leave a legacy here at UVA; I want to make a difference in turning this program around, and then fulfill my lifelong dream of playing in the NFL. Down the road I also aspire to become a coach. I believe that being a coach provides an opportunity to become the ultimate teacher, mentor, and motivator for young people while having a great impact on their lives.”

Finally, when asked about what he would say to the individuals who make his scholarship possible and provide an opportunity for him to fulfill his dream of playing football at the highest collegiate level, Micah said, “The VAF donors and the Foundation are essential in providing student-athletes, like myself, the opportunity to attend one of the greatest universities in the world and chase Uncompromised Excellence both in the classroom and on the field of play, and for that, I am forever grateful.”