University of Virginia student-athlete Micah Brickhill grew up in rural Buckingham County. Whenever she or a family member had a doctor’s appointment, they had to travel an hour and a half to Charlottesville along mostly two-lane, winding, hilly roads. If there was a medical emergency, the nearest urgent care clinic was 40 miles away.

“This kind of inconvenience can really discourage people from getting the preventive care they need, especially people who have lower incomes,” Brickhill said. “Yet preventive care is urgently needed in communities with problems like obesity, type II diabetes and cardiovascular disease.”

Brickhill aims to do something about this problem, in the most direct way possible. She intends to become a family doctor, somewhere in an underserved area of rural Virginia – Buckingham, Appalachia or the Eastern Shore, wherever she might be needed.

She received her bachelor’s degree in biology (with a minor in religious studies) in May 2017 and begins medical school at UVA in the fall.  She has been accepted into the School of Medicine’s Generalist Scholar Program, a training and scholarship program for outstanding students who plan to serve in general medicine, a field with a growing shortage of practitioners. 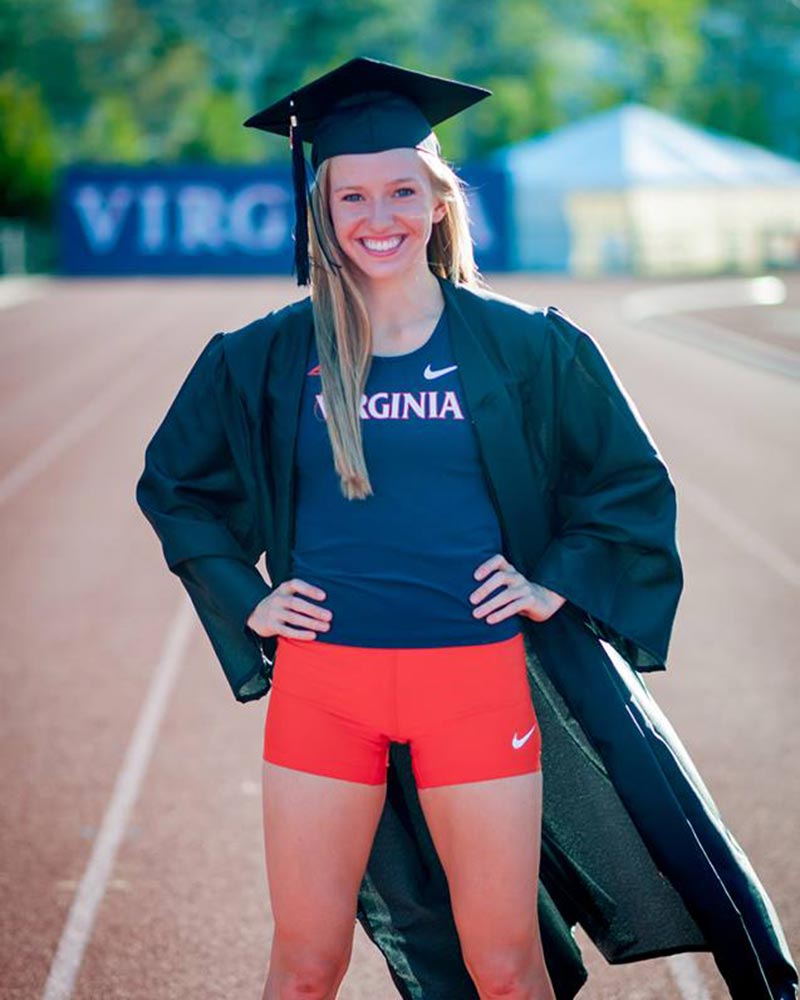 “I want to serve in a practical way the immediate and long-term care needs of people of all ages who otherwise would have poor access to health care,” she said.

The idea sits well with Brickhill – she says she is most at home in small-town settings where she believes it’s still possible to “be a friend” to patients, even when dealing with a busy workload.

“I would love to be in a situation where I could make house calls,” she said. “I want to provide high-quality health care while developing relationships with my patients and helping them gain a sense of control over their own health.”

Brickhill has faced health challenges of her own. As a first-year student, while going through the normal challenges of adapting to college, she joined the UVA Women’s Varsity Track and Field team as an 800-meter runner, one of the most grueling track events, requiring an all-out sprint of nearly half a mile. But she suffered two stress fractures that sidelined her. And then she contracted mononucleosis.

“I realized I had a place on my team by encouraging my teammates and coaches and trainers,” she said. “I looked beyond my immediate situation and redefined ‘winning’ as an investment in the success of others and not just my own. In this way, I could represent my team and the University.” 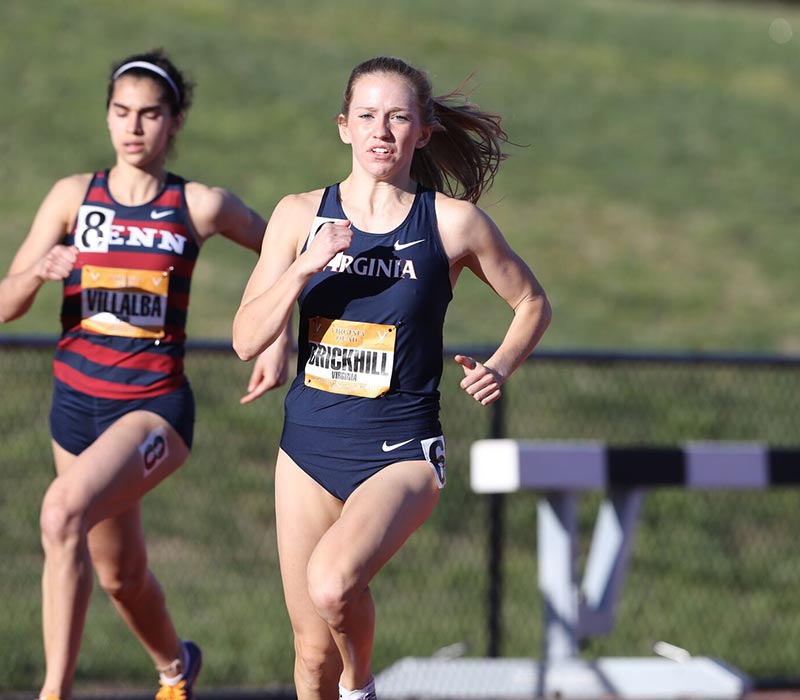 She was able to resume running track during her next three years at the University. Recently she won the track team’s Coaches Award for Excellence and the Atlantic Coast Conference Top Six for Service Award. She also has earned an award for having the highest cumulative grade-point average for a graduating female student-athlete.

“Perseverance is ingrained in Micah’s soul,” said biology professor Dorothy Schafer, Brickhill’s academic advisor. “She balances a deep commitment to the rigors of athletic training with the demands of remaining at the top of her academic game. She is pure gold, genuine to the core. Micah is committed to her goal of providing hope to a world in need, regardless of the temporary struggles she might face along the way.”

As a student-athlete, Brickhill has spent 20 hours per week in track practices and has traveled the country with her team for meets, including ACC indoor and outdoor championships. She has studied whenever and wherever she could, making full use of the time available to her. She also has engaged in community service with youth groups and student-athlete leadership groups.

“The time and performance demands of collegiate athletics and academics have equipped me with the physical, mental and emotional stamina to thrive in the challenging settings of medical school and health care,” she said.

In preparing for a medical career, Brickhill last year spent several weeks shadowing a doctor at UVA’s Transitional Care Hospital where she witnessed first-hand the “high-energy level required of physicians working long shifts while maintaining caring attitudes toward their patients.”

She also has shadowed an emergency room doctor, as well as a Charlottesville internist. Those experiences helped her develop a deep admiration for the teamwork, dedication and compassion exhibited by her mentors in all the fields of health care, she said.

Brickhill also has experienced the inspiration of health care provision in extremely challenging environments. She spent a week in the summer of 2015 at a remote regional hospital in Haiti where patients traveled by bus along treacherous roads, sometimes for hours, to receive care for injuries and a range of infectious and chronic diseases. She observed the two overworked doctors there, who serve about 800 patients per month, providing steady compassionate care.

“The patients had few possessions and resources, but they viewed their limited health care as a sign of hope,” Brickhill said.

Hope, she plans to provide someday to her own patients.

While Brickhill doesn’t expect to face in Virginia the extreme challenges she witnessed in Haiti, she knows the demands will be heavy as patients similarly come from miles around seeking care and compassion for a range of health problems.

“I believe I have the abilities, passions and personality to be a committed and compassionate doctor in underserved areas,” she said. “Becoming a physician requires dedication and sacrifice, and I am committed.” – Written by Fariss Samarrai