Jordan Scott is in his second year at UVA and already he embodies the ideals of what it means to be an excellent student-athlete. A jumper on the track and field team, he comes from Portmore, Jamaica, where the weather is much warmer, an adjustment Jordan had to deal with when coming to UVA. Portmore is a relatively small town that is located in the partially rural area of the island. Jordan loves the area and its people. When describing what Portmore means to him he said, “It means the world to me as I had extremely supportive neighbors who would congratulate me on my successes in both academics and athletics whenever they got the chance. The environment is really welcoming.”

Moving away from home for college is a big adjustment for anybody, especially for people who move a great distance. Choosing to come to UVA from Jamaica was a big decision for Jordan, something he gave a great deal of thought. He said, “In Jamaica, I attended one of the most prestigious high schools on the island and possibly even the Caribbean, however, they weren’t really big on athletics. When searching for schools, I wanted to find a university that provided great academics and great athletics and in my eyes UVA was by far the best fit.” 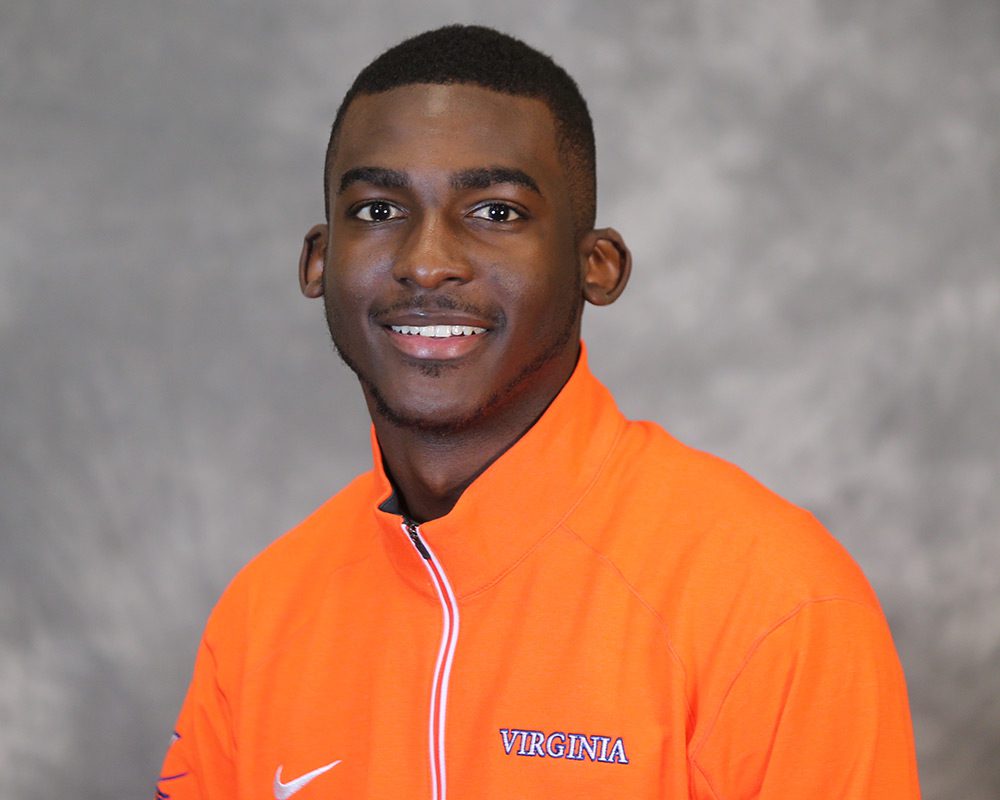 Jordan hit the ground running his first year with the track and field team, quickly putting him in elite company in Virginia Track history. In the triple jump, Jordan broke Virginia records in the indoor (16.36 meters) and the outdoor (16.01 meters) events, the latter of which was a record for 45 years. When asked about what that meant to him, Jordan responded, “Breaking the records were amazing and I’m grateful that I got them even though that wasn’t part of the plan.” Jordan also helped lead UVA to a second place finish at the indoor ACC championships at Notre Dame, while individually winning the triple jump and placing eighth in the long jump. At the NCAA indoor championships, Jordan placed 10th in the triple jump, earning him second team All-American honors.

In addition to his numerous athletic accolades, he thoroughly enjoyed and appreciated the time he got to spend with his teammates and the experiences they shared. He said, “My first year on the track team was surreal to be honest. My teammates were amazing and supportive, my performances were amazing and the training staff was amazing, so I’d say my first year of track was extremely good to me.” 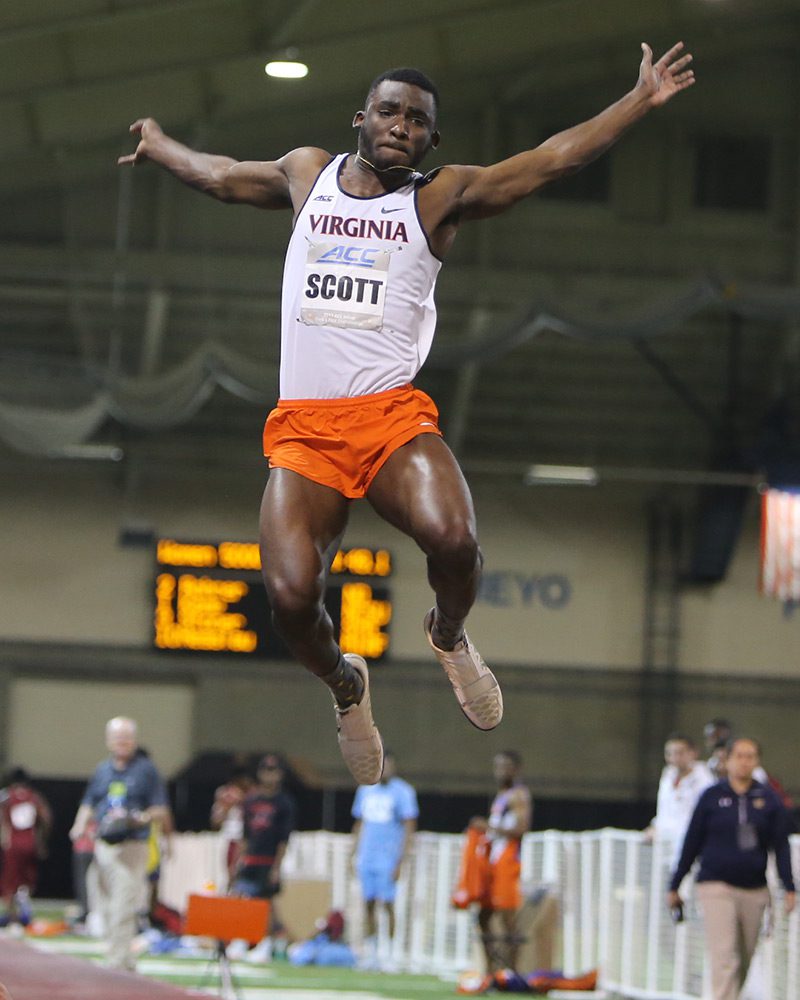 Jordan has not declared his major, but hopes to pursue his degree in computer science with the hope of becoming an application developer in the future. This interest stems from his constant use of his phone. Jordan explains, “As somebody who uses their phone a lot, I’m extremely fascinated by how it works and the software put into it to make it work. I believe it would be a great career path to pursue.” Jordan used his first year to feel out the whole idea of college and hopes to use his newfound knowledge and experiences to diversify his interests in the coming years.

When given the chance to thank VAF donors, Jordan said, “I honestly don’t know what I’d do without the generosity of the donors. They are the reason I am able to pursue an education and compete in the sport I truly love. I’m eternally grateful for their support. It has given me an opportunity I possibly could not have afforded before and allows me to pursue a higher education at one of the best schools in the world.”

Donor contributions to the VAF Annual Fund support student-athletes such as Jordan in many ways including scholarships, the Athletics Academic Affairs program and sport-specific operational budgets.