Since his arrival in Charlottesville three years ago, Filip Mihaljevic has established himself as the dominating force in both the ACC and NCAA Track and Field arenas. A rising fourth year thrower from Croatia, Filip is a seven-time ACC Champion in both Indoor and Outdoor Shot Put and Discus, as well as an eight-time recipient of All-American honors in the same events. Most recently, Filip won the Shot Put at the 2016 NCAA Outdoor Track and Field Championships. With this victory, Filip became the first UVA student-athlete ever to win a National title in a field event.

When asked about his historic performance at the Championships, Filip described the experience with pride, explaining, “It is a special feeling to compete for the University and to wear the orange and blue in a meet, especially at the National Championships. Being a National Champion is like a dream come true, it is the biggest honor a student-athlete can accomplish.” 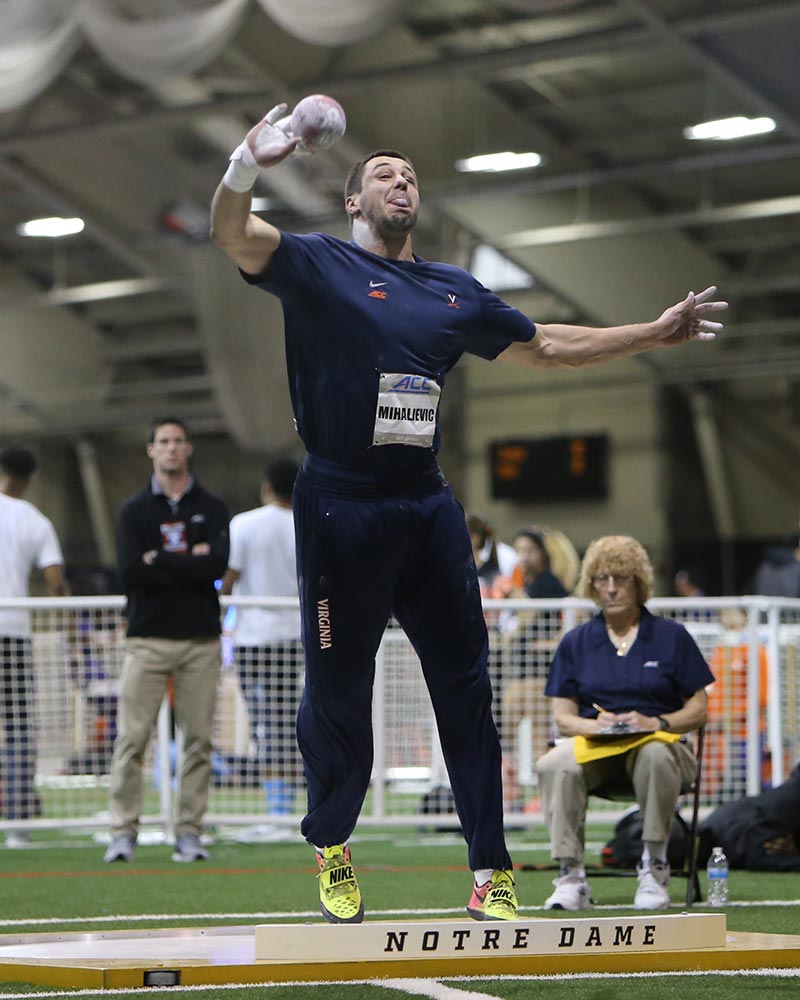 When Filip is not wearing his orange and blue uniform, the thrower manages a busy schedule of classes and training, ending each day with dinner at the John Paul Jones Arena Dining Hall. As a double major of German and Environmental Science, Filip possesses excellent time management skills, to which he credits his time and experience as a student-athlete at the University. In addition to his long list of athletic honors, Filip has earned a spot on the All-ACC Academic team for the past two years.

Following his win at the Outdoor NCAA Championships in June, Filip returned home to Croatia. Far from the athletic community of UVA, the national champion described the support he felt upon arriving in his hometown. Filip said, “People here were really excited, they knew how competitive NCAA Track and Field was and what it meant to be a NCAA Champion.” This summer, Filip will wear a uniform of a different color as he competes for his home country of Croatia, first in the European Championships in Amsterdam, followed by the Olympic Games in Rio de Janeiro, Brazil this August. 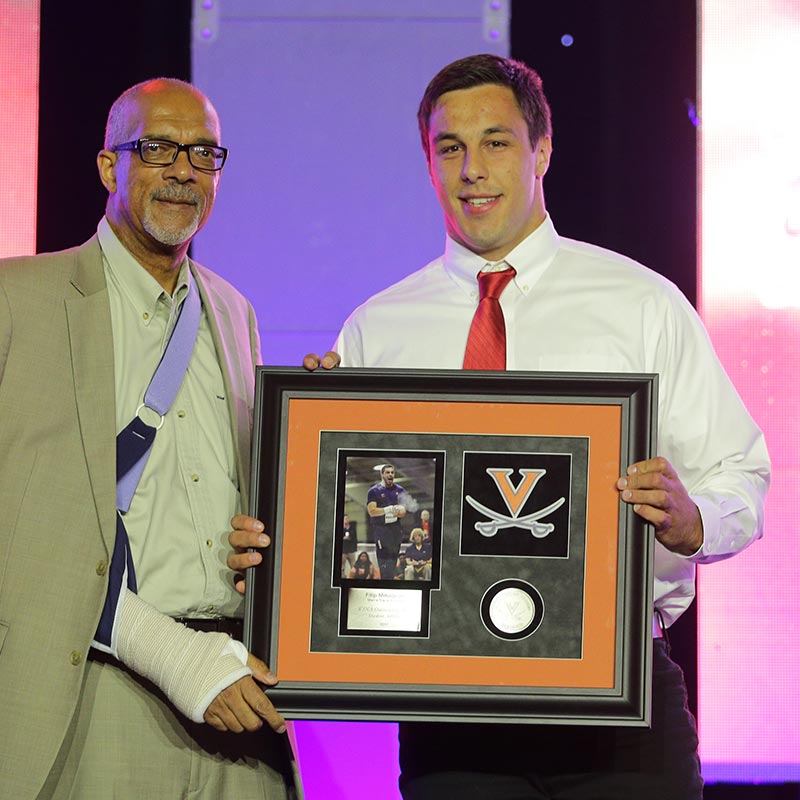 Filip was honored at the 2016 All-Sports Banquet as the recipient of The Milton G. Abramson Track Scholarship for 2016-2017. When given the chance to thank the VAF and his donors, Filip said, “I would love to thank all the VAF donors. Without their help, we would not be able to compete with the best programs in the nation. Thank you a lot, your help is much appreciated.”

Donor contributions to the VAF Annual Fund support student-athletes such as Filip in many ways including scholarships, the Athletics Academic Affairs program and sport-specific operational budgets.