De’Andre Hunter, UVA’s sixth man’s return has UVA basketball fans ecstatic. Although he sees himself advancing to the highest-level basketball has to offer, perfecting his game on the court is his mission in the meantime. “I feel like I’m a good player, but I could take another year and get a lot better here [at UVA] and make a real impact in my rookie season [in the NBA].” De’Andre recognizes that his basketball skills on the court are not the only thing that will help shape him into a professional ball player. Perfecting his leadership qualities are of equal importance to De’Andre. “The best players in the world are great leaders in some way, and if I want to follow in their footsteps I have to try and work my way to become one. Whether that be leading by example or becoming more vocal, I think becoming a leader can take my game to another level.” 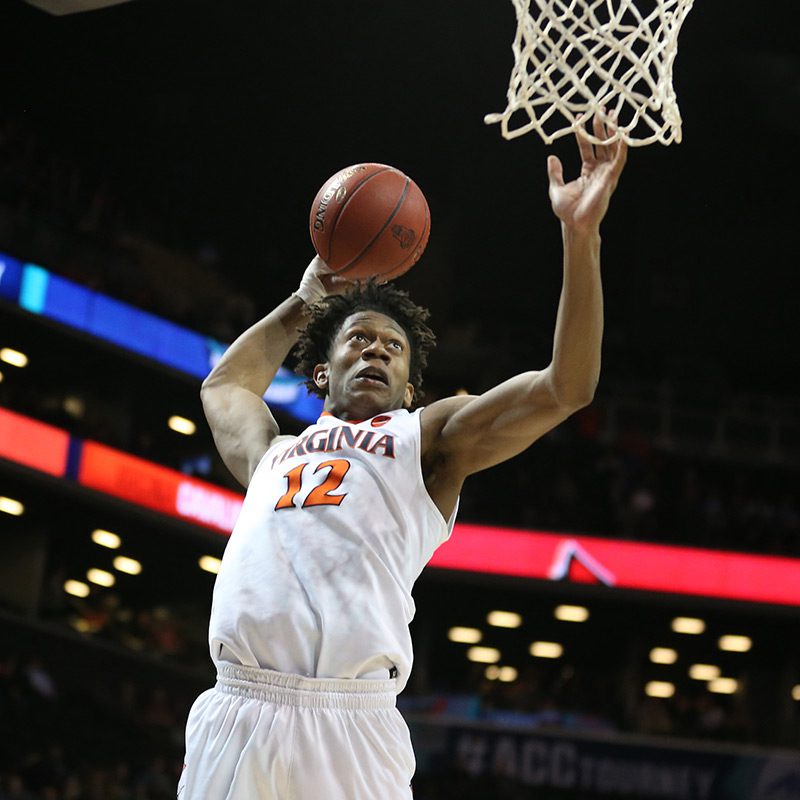 The redshirt junior from Philadelphia, Pennsylvania couldn’t pass up what UVA had to offer. Not only would he join one of the most established basketball programs in the nation, but he would also have the opportunity to grow individually on and off the court. UVA’s location was the key for De’Andre, for he knew he was close enough to home that his family could support him at basketball games, but far enough to mature off the court. “UVA was the perfect choice because I knew being away from my family would allow me to grow up as a young man.” However, De’Andre emphasized how much he valued family time since he does not see them often throughout the year.

An American Studies major, De’Andre found the subject matter appealing due to the variety of areas the major covers. He even aspires to pursue a master’s degree in American Studies at UVA while fulfilling his final year of NCAA eligibility. Off the court, De’Andre has a passion for music. “I enjoy listening to most genres, but hip-hop and R&B are my favorite.” He also enjoys playing cards with his teammates. 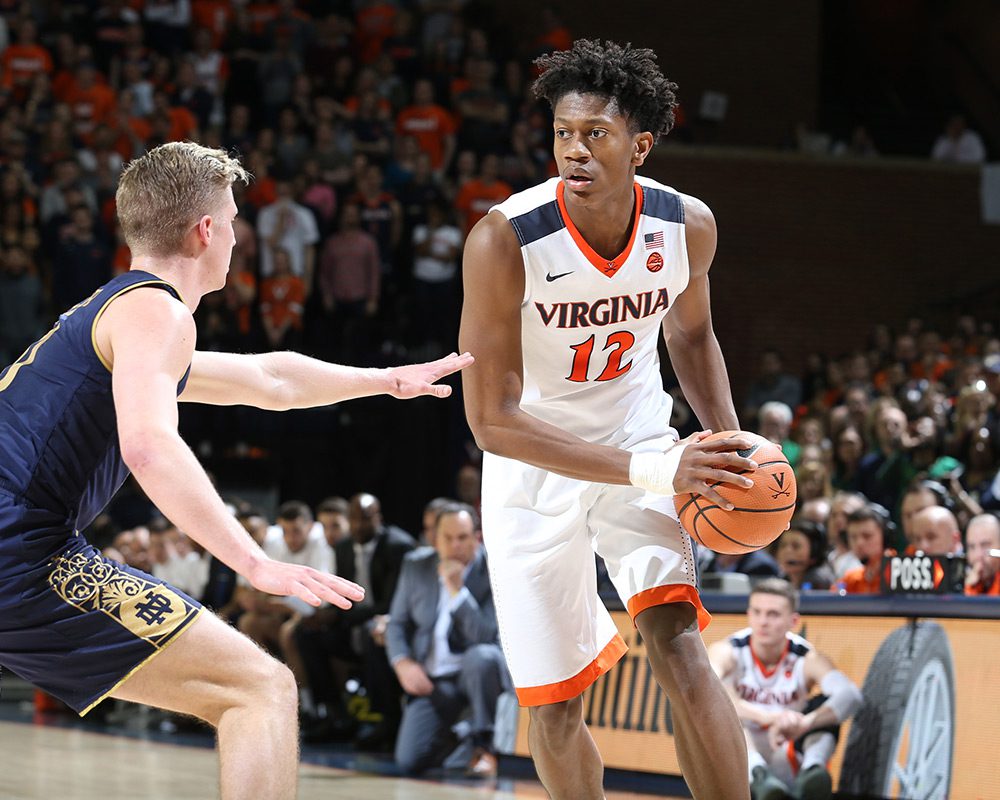 When asked what he’d like to say to Virginia Athletics Foundation donors he said: “The VAF donors have helped the basketball program and many other programs tremendously. I am beyond grateful for all of their help and support because without them many things would not have been accomplished. As student- athletes, we are blessed to have people who are generous enough to donate money to help advance our programs. I want to thank them for all they have done for me and the team.”

Donor contributions to the VAF Annual Fund support student-athletes such as De’Andre in many ways including scholarships, the Athletics Academic Affairs program and sport-specific operational budgets.