Becca Zamojcin knew from the beginning that her time at UVA would not be easy. During her recruiting process, many university coaches stated that playing field hockey at a D1 level would not be possible. Her idealistic goal of pursuing a medical degree in the rigorous field of biology would be extremely invasive with practice times. However, notes Becca, “I found that UVA provides a lot of support to their student-athletes and allows them to experience opportunities beyond their sport. UVA field hockey coach Michele Madison also encouraged me and said she would help me achieve success at UVA on and OFF the blue turf.”

Becoming a biology major while playing field hockey indeed proved to be difficult from the start. Becca had to take multiple science courses throughout the summer because they were only offered during practice times each fall. She was also forced to study or take exams during road games, having to “spend every bus ride and flight with my nose jammed in a textbook, or desperately searching for a reliable Wi-Fi connection while most of my teammates slept.” Her difficulties did not end there, however. Professors’ office hours were scheduled during practices, and she was forced to work from behind while all the other students were able to gain extra help. “I often felt like I was at a huge disadvantage from the other students in my class…but despite these challenges, I am so grateful I was able to pursue this major because I love science and want to pursue a career in medicine. With all the stress that the major brought, hockey was also always there for me as an outlet to reset and clear my head.” These obstacles still proved no match for Becca’s determination. Zamojcin’s success put her on the All-ACC academic team and the NFHCA National Academic Squad three times each. She even obtained a scholar of distinction her first year after having to take three of her four biology exams while away at competition. This amazing effort also earned her a room on the Lawn, which is a high honor at the University of Virginia. 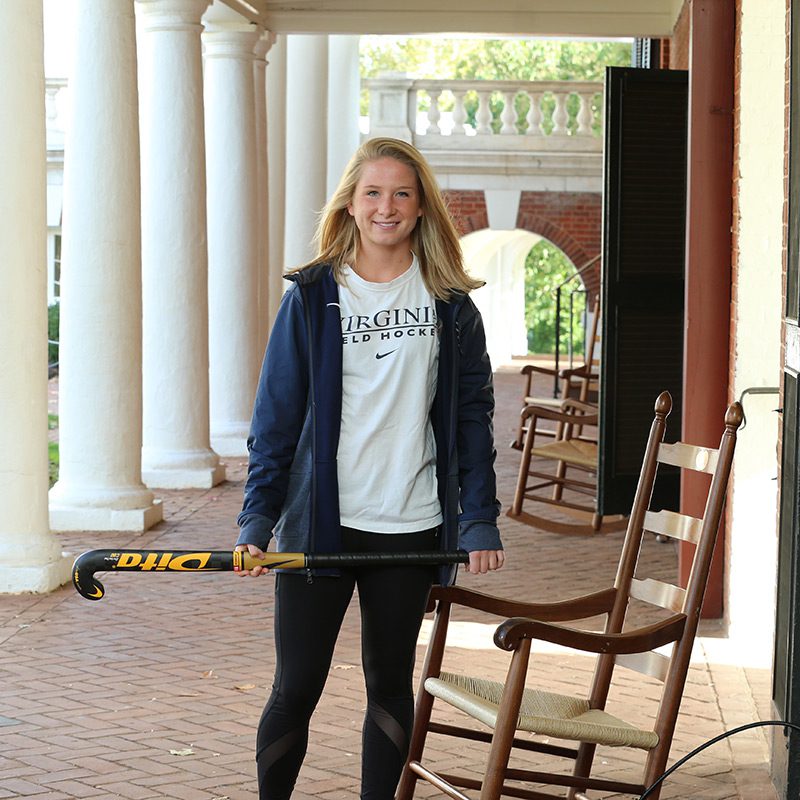 Living on the lawn provided a whole different experience for Becca this year, and she is enjoying every moment of her last semester. “I have never felt so connected to the rest of the community and I meet someone new almost every day. My neighbors are all incredibly inspiring and active at UVA, and it’s no secret that my front yard view is breathtaking. Waking up every morning and sitting in my rocking chair with a cup of coffee, I feel so lucky to be here.” Above all her lasting memories so far though, her favorite was during the lighting of the lawn, when she could open her room up to her peers and watch UVA culture ensue from her doorstep. Despite her achievements and her status as an outstanding student, Becca remains humble in her last year here. She does not see her room as a symbol of success, but of passion and unity. “It’s more than GPAs and it’s more than leadership titles, which are often what people use as parameters of collegiate success. Rather, it’s an opportunity to use something as simple as a room to bring members of the student body and community together and share your passion with them in a way that may open their minds or inspire them.” 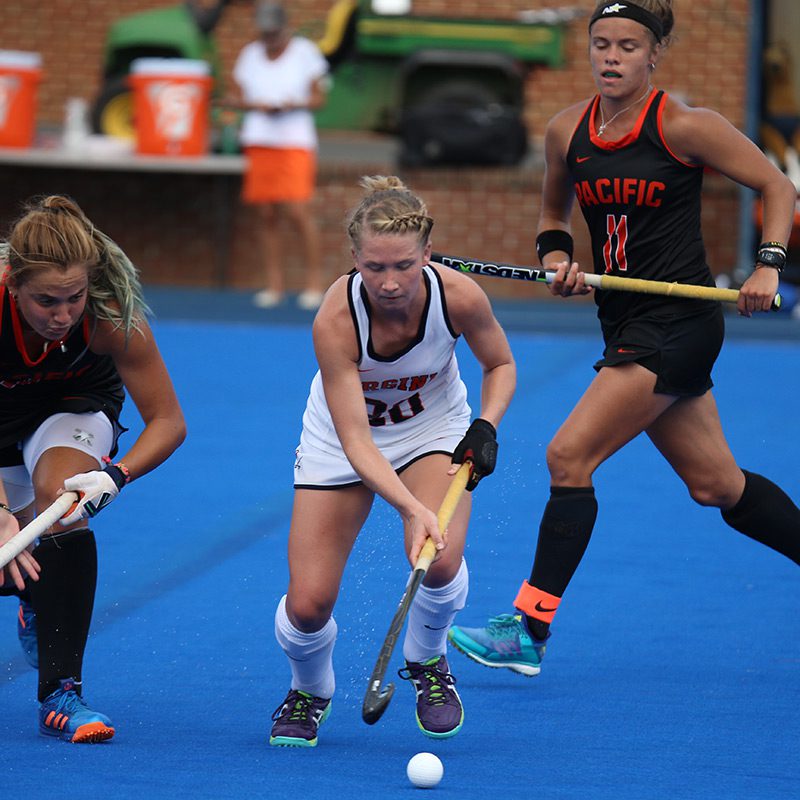 Becca hopes to use her success within her academics to become a physician assistant and pursue her medical career even more. Already she is starting an Emergency Medical Technicians program to obtain her certification by the summer. Along with that, “The only future goal I could see myself pursing athletically is maybe training to become a spin instructor since I am addicted to my bike!”

For her contributions as a student-athlete, Becca was named the recipient of the 2017-2018 Paul B. Barringer Scholarship at the 2017 Hoos Choice Awards. When given the opportunity to thank VAF donors, Becca said, “Donors have an enormous impact on every student-athlete at UVA. My teammates and I are so grateful to have such amazing supporters because our success and the growth of the field hockey program (including our ACC Championship title last year) depends on them. Athletics remains a vital part of uniting the student body, and we need the help of these donors to do our job every day.”

Donor contributions to the VAF Annual Fund support student-athletes such as Becca in many ways including scholarships, the Athletics Academic Affairs program and sport-specific operational budgets. Becca is the 2017-2018 recipient of The Paul B. Barringer Scholarship Fund.