Rising third year Anna Redding fell in love with golf as an 11-year old when her grandparents signed her up for a camp. From then on, she set her sights on becoming a successful professional golfer. “My dream is to make a career on the LPGA tour. Since the first time I held a golf club, my goal has been to be the number one golfer in the world. I am lucky to have an amazing support system both at UVA and at home to help me do what I can to make my dreams a reality. “This passion is what eventually allowed her to compete at a national collegiate level at UVA.

Anna decided that UVA was the school for her when she experienced the community for the first time at a football game. “The phrase ‘girls in pearls and guys in ties’ was thrown at me, so I forced my mother to buy me a dress at the nearest boutique to fit in with the students. The moment I walked into Scott Stadium and looked over at the hill, I knew I wanted to be standing over there and not in the stands with the other potential recruits.” 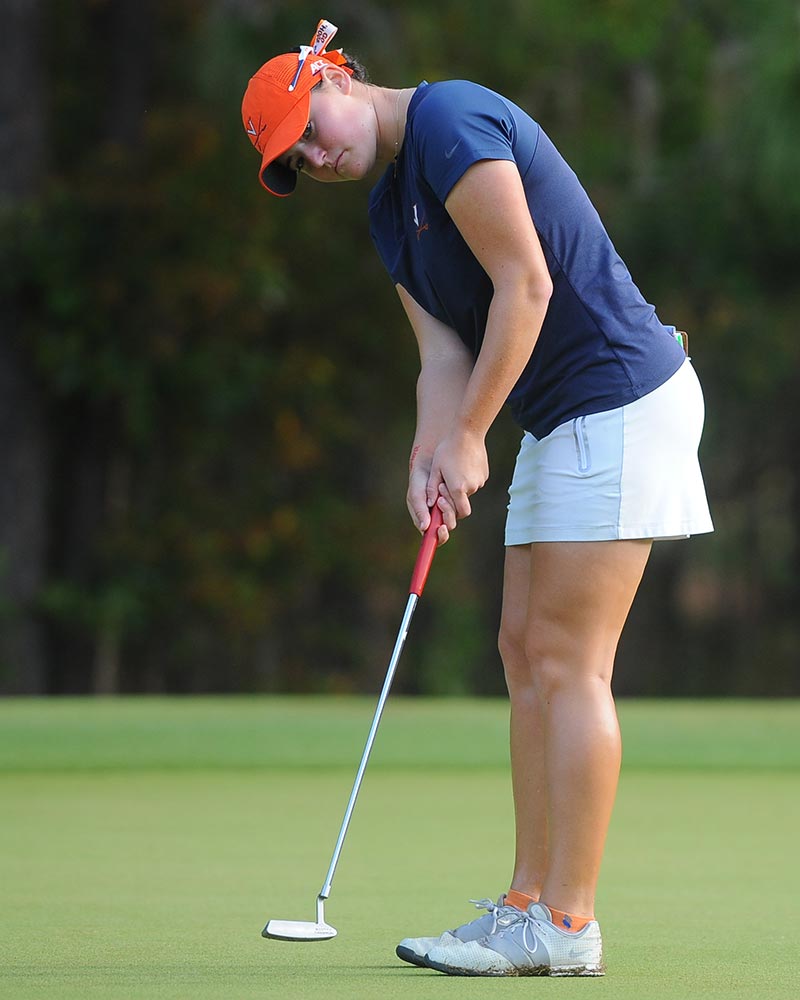 Off the golf course, Anna has been an active member of the Beta Alpha chapter of Kappa Delta, which has helped her get involved with the Charlottesville community and more. “Our philanthropy is Girl Scouts of America and instilling confidence in young girls and women. Through these events I am able to directly influence young girls and help them start to believe in themselves, something I have struggled with until recently.”

Anna has also established herself in a leadership position on the Student Athlete Advisory Committee (SAAC) council, which plays an important role in connecting the student-athlete body and its administrators. “SAAC has allowed me to take on a leadership role that I never had in high school. I’ve grown as a person by being on this council and have become more comfortable making decisions and speaking in front of a group.” Through helping the community, Anna has been able to help herself branch out and take leading roles that she needs for the golf team and individually. 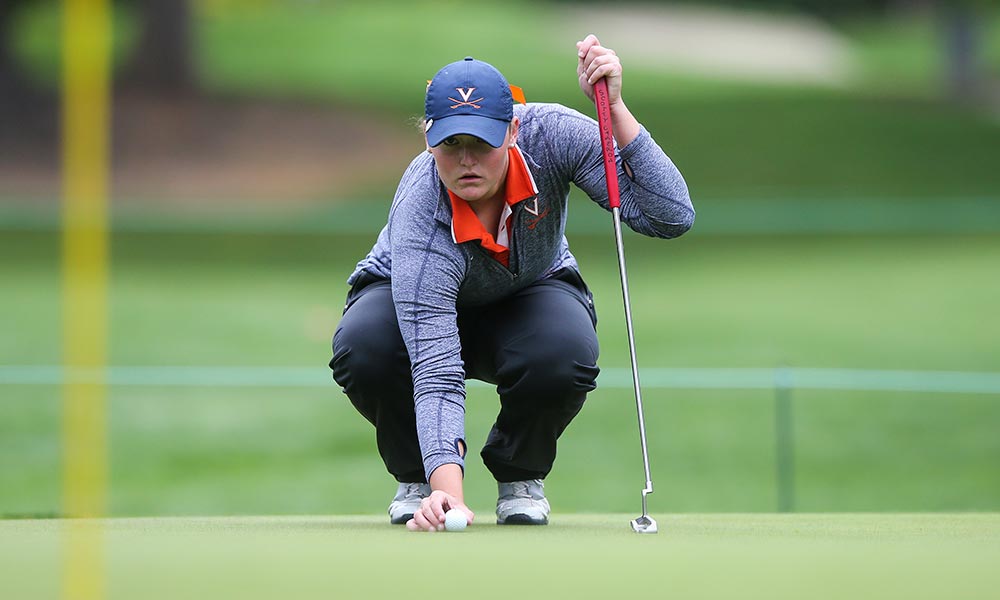 Named to the ACC Women’s Golf All-Academic team and the ACC Honor Roll, Anna was rewarded with the William C. Eacho Women’s Golf Scholarship Endowment at the 2017 Hoos Choice Awards. When given the opportunity to thank VAF donors, Anna said, “The donors to the Virginia Athletics Foundation impact me every day. They are the reason I am at the wonderful University of Virginia and chasing my dream. I would not be able to take advantage of everything UVA has to offer academically and athletically without their endless support. I can’t thank them enough for what they have done for my fellow student-athletes, this University and me.”

Donor contributions to the VAF Annual Fund support student-athletes such as Anna in many ways including scholarships, the Athletics Academic Affairs program and sport-specific operational budgets.